1
G-FORCE CONTROL IS THE NEXT THING TO PICK OUT AFTER YOU CALIBRATED THE REBOUNDER TO YOUR WEIGHT.
Before you buy a rebounder, know what you are buying one for. Are you buying it just for exercise, or increasing bone density, or lymphatic movement, to lose weight?
There are differences. Some rebounders that make you bounce higher and fewer bounces to get the desired G-force and others you can bounce just above the mat and get 3 g forces.
The best way to tell if you are moving lymph rather than just burning excess calories from burning energy is to smell your armpits. If they don't smell and you are sweating, you are probably just burning calories. If they DO smell, you are probably detoxing. Water loss is not the same thing as detox. Three G-forces is the optimal amount of force needed to create the vacuum in the lymphatic system for lymphatic drainage.
As long as the rebounder adjusts to your weight you should get 3 G-forces in every bounce. Once the first tier stretches out, the 2nd tier engages. If there was just one tier and the other 2 were not allowed to stretch, you could get a jarring G-force and it would throw you higher into the air. As you would feel it by jumping on it, each tier is calibrated to give out at 3 G-forces. Although you can get more than 3 G-forces on a triple tiered spring, its the last spring that gives you the 4 or 5 G force. For most people using it for lymphatic movement, the third tier is really does not create that G force unless someone weighs near the limit of the spring, which is around 350 lbs. That would be the only time when the third tier is stretched out to the max which could be jarring to that weight class. If you are 100 lbs, then you sometimes can get away with a softer rebounder as it will be firm to you at that weight.
A PERSON THAT IS 200 LBS WILL GET A DIFFERENT BALLISTIC IMPACT, A DIFFERENT G-FORCE, AND FEWER OR MORE BOUNCES PER MINUTE THAN A LIGHTER PERSON DOING THE SAME MOVEMENTS.
The way to decide on which rebounder to get is to find out how many G forces you want with the least amplitude and frequency of bounces you are trying to get. The more bounces you can get per minute, the more flushing you will get. The less g force, usually the less firm and less jarring when doing high bounces but there can be a major sacrifice in g force and if lymph movement is a concern, take these factors into consideration. You will get more lymph movement with the more bounces per minute with 3 G-forces or more.
What is the Health Bounce?
This is when you bounce but you barely leave the mat with your feet. This is the least straining to the body and the least ballistic impact. This activates the lymphatic system and your immune system. Just jumping high while leaving the mat hardly does anything for the lymphatic system. When you jump you will get exercise, burn calories, get muscle strength from using your muscles to jump but this is not the original purpose of rebounding.
Remember, 3 G forces with barely leaving the mat is what we strive for. You can get 2 G forces on softer bouncing rebounders and you can also get 3 G forces on some firm cheap rebounders, but you will get less bounces per minute since they often give you more air time. Although you get more bounces per minute on the firmer side, but not too firm that it bounces you too high, I do NOT recommend a firm bounce rebounder for those that have bone density concerns, especially in the ankles and knees. A softer bounce would probably be better even though you would sacrifice G force.
You will get more lymph movement with the more bounces per minute with 3 G-forces or more.
When exercising on mini trampoline equipment, more than with any other exercise equipment, your whole body is subjected vertically to the pull of gravity as you depress the mat.
Ballistic Impact and G-FORCE RATINGS
Take the rebounder quiz to see which rebounder is best for you.
Go to the HEALTH BOUNCE PAGE
CLICK HERE
Compare the top Lymphatic Rebounders
New Zealand lymphaciser VS CELLERCISER
​FREE BONUS PAGE
Compare Here

HealthyTrampolines.com
1-877-354-3778
Open from 8am till 10pm
1-877-354-3778
Open from 8am till 10pm
A final word on ballistic impact:
When astronauts are in space, it is very important for them to work out much harder because there is no resistance, which gives no results. If your body is capable of lifting 50 pounds, would you lift a 2 pound weight for 3 hours. NO. You would walk out with zero results and you wasted your time. On the flip side of the coin, if it's too hard of a bounce, you might get results but you can risk injury to the body. The jarring affect over time could have an effect on the knees and back. The idea of rebounding is to move lymph, get a cardiovascular workout, build muscle and bone density from resistance.
Everyday someone is contacting me about their bone density issues. I want to state right here what I tell everyone with these issues so I don’t have to keep repeating myself. Bone Density issues are first and foremost caused by nutritional deficiencies…ie..Diet. Unless….you are an astronaut in space or someone who is wheelchair bound.
In some cases specific models and brands of rebounders are better suited for certain conditions based on how the manufacturer designed them. I have even found that some of these manufacturers do not take into consideration the biomechanics of the body and sometimes design something that can exert harmful force applications on the body and make certain conditions worse. Sometimes a manufacturer will design a rebounder for one type of movement application, but market and sell it for a completely different kind that it really is not supportive for the person. I do my best to try to expose this on my site.
OK, for people that have a bad back I would choose a spring rebounder no questions asked. It seems that a bungee would be gentler on an already compromised back but it is not. I have sold both types of rebounders to people with bad backs and just about everyone that rebounders on a regular basis likes the spring rebounder if they have a back problem and they want to increase their bone mass. If there is not enough G force the body cannot stimulate growth hormone (HGH) and the bone cells (osteoblasts) cannot do their job. Based on what I have learned even if a bungee model is easy on the back if the back is not too compromised, the g force is much different than on a spring model. See my section on "push vs POP". Each can have 3 g force but if you have to come out of the mat so high that the negative pressure in the lymphatic vessels is paused when air born, the lymphatic flush might slow.
Bones need G force to build back up and to regrow. I am not making this up. Google "Wolfe's Law" if you didn't learn that in Anatomy 101. So many people also bounce with their toes and even if they have the right rebounder they won't get the benefits that rebounding offers. The Cellerciser and the Soft Bounce Needak are my two favorite for people who have bad backs. The Cellerciser has a different feel than the Needak but both will give the same results as far as bone density is concerned. The Cellerciser, you don't have to jump so far out of the mat to get the same G force.
If someone already has a bad back then and cannot handle any jarring, the Cellerciser is my first choice if doing the Health bounce and the Needak is my 2nd pick. With a bad back you don't want to have to bounce higher to get the same flushes you can get with a low bounce. This is really to firm for most people that I talk to with bad backs. Concerning bungees, I would only recommend the smallest Jumpsport as it gives more G force with the smaller mat and you don't have to jump so high to gain G force. The smaller the mat, the more bounces per minute you can get. More lymphatic flushing.
Bone Density Favorites:
Best: Cellerciser Pro
2nd: Lymphaciser
3rd: Needak
The lymphaciser is good if someone is not concerned with toning or cardio exercises where you have to jump higher than just above the mat with the Health Bounce. I would put this at number 2 if this is the situation.
A good rebounder should help loosen up the joints, NOT jar them. If someone already has knee or back problem, I would avoid the rebounders that don't take out at least 80 to 90% of the ballistic impact. The extra ballistic impact of a rebounder that jars you people don't always feel it at first but after months it can start to impact the joints. I believe the real issue behind joint pain is heavy metals, until they are removed there will probably always be joint problems. If you can't do the Health bounce comfortably on a rebounder, then this will probably never be done.
Out of all the rebounders that people buy who have joint problems, the Needak and Cellerciser are the easiest on the joints. They both have a different feel. The Cellerciser is slightly firmer but it doesn't invert the ankles (pronation of the ankles is practically non existent on the Cellerciser.
The Needak feels softer but it has more decelleration and for people with bad ankles.
The Lymphaciser, forget it, I do not recommend it for someone with joint issues. Way to firm. The Reboundair I have the same issue with. Basically, if someone has weak or painful joints, you don't want a short spring. 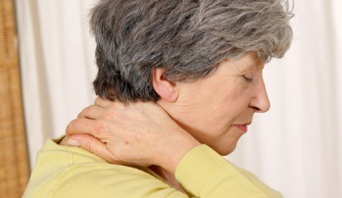